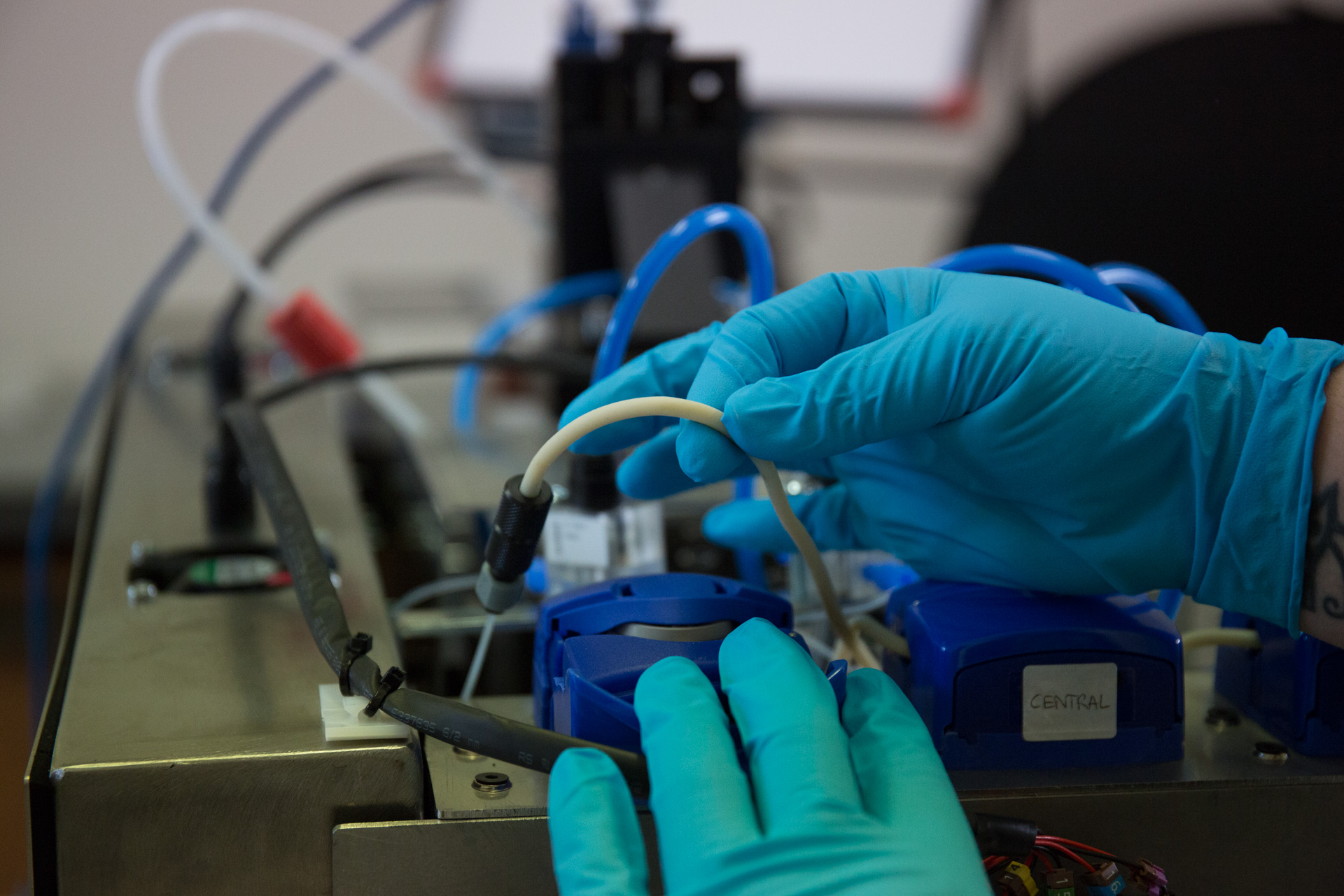 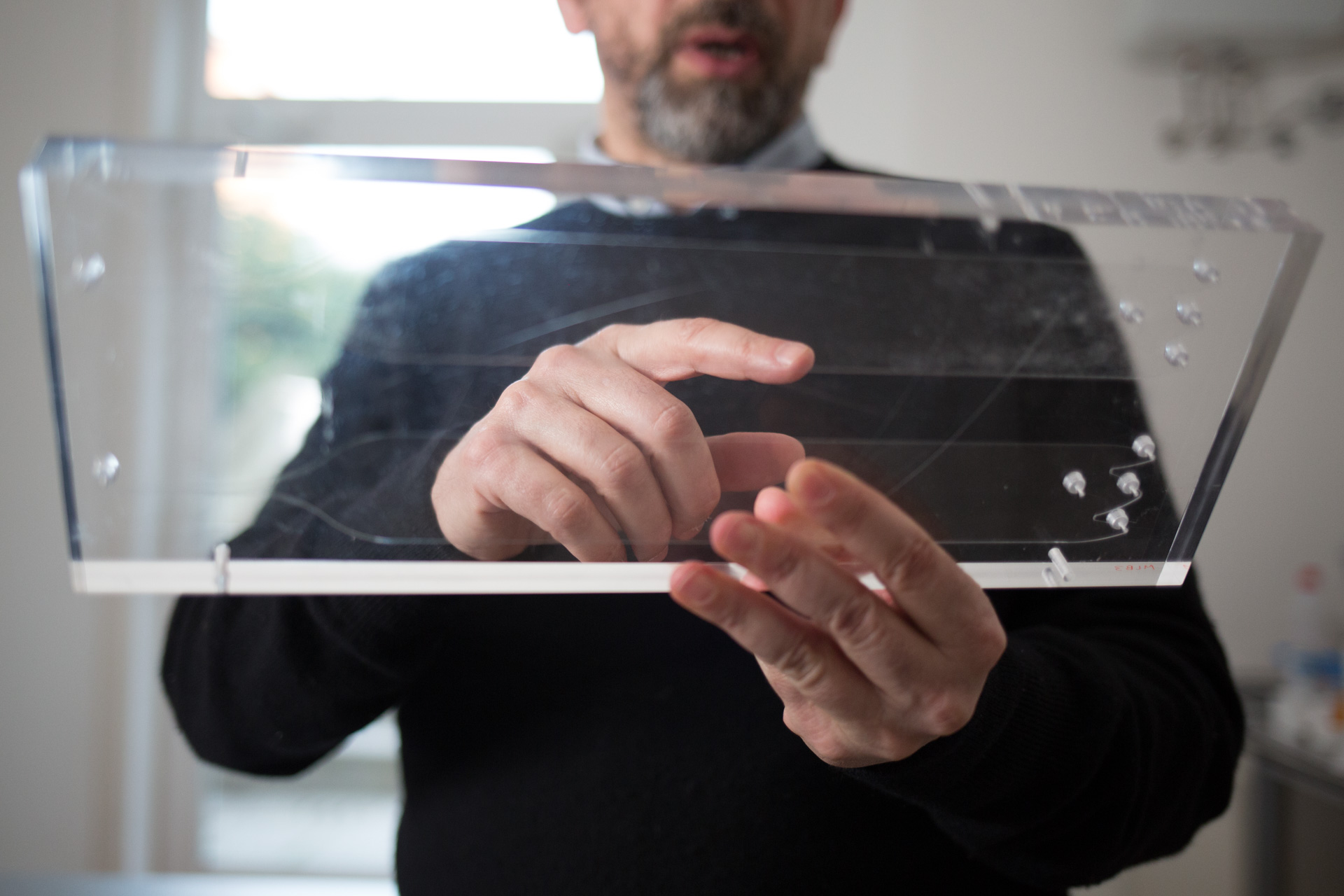 Stem Sel® has also an Italian patent (IT1426514, "Device for the Fractionation of Objects and Fractionation Method, allowed 2016) for the fluidic device that implements the technology already patented. The device ensures high productivity and cell recovery, which are basic requirements for future development of the instrumental versions for clinical use. 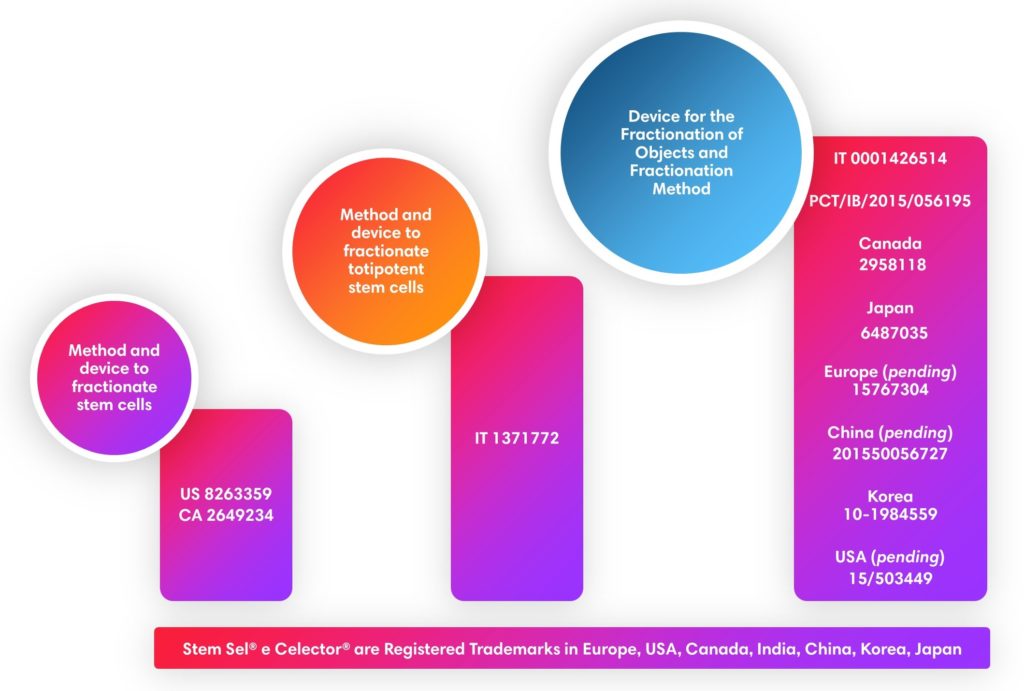